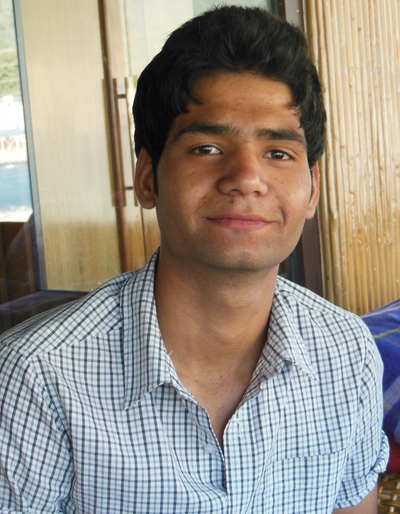 My name is Rocky Panwar. I was born in the village. My father was an older man and my mother was his second wife. When I was born, my mother got ill and passed away and my father thought I was a bad omen, so he didn’t want to keep me. I was only one and a half years old and he dropped me off to live with my step sister in Rishikesh, who was the only family member that volunteered to raise me. They had two daughters and a son, and we all lived in one room with two single beds, so we all slept together. They raised me lovingly and with care, so I never knew that they were not my parents.

I was eight years old when I found out about Mother Miracle School. As soon as I met Shahla Ma’am, I felt a bond with her. It was in 2008, when my father died and I went to his funeral, that I learned he was my real father and the family with whom I was living were not my real parents. Suddenly, I realized I was an orphan.

I cried and felt very lonely. I though nobody loved me, but Shahla Ma’am said don’t worry I will be with you always like your mother. She took me to the school and provided me with a room to sleep in and three meals a day. I lived there with a few other friends of mine so I was not alone. She also bought a Labrador puppy for me, and I named him Scooby. My attention went to raising and playing with Scooby and I quickly forgot my loneliness. Now I had my own room and my own shower, and I was going to a good private school living with my friends. At a young age, I took on a lot of responsibility and began to manage things at the school during after-school hours and on holidays.

I was happy with all the changes, and Shahla Ma’am took care of everything. She took me to Delhi several times and she would treat me to fancy hotels and restaurants. She even flew me in an airplane to Delhi, and that was the first time I had ever seen a plane.

I always dreamed of becoming an Executive Chef and working abroad. I decided to become a successful person in my life to take care of my step sister and her family when they get old since they were the only ones willing to take care of me when I was abandoned. And I will sponsor a child at Mother Miracle School as a way of giving back. I always told Shahla Ma’am that she was like a second mother for me, since I was an orphan. After I got first division in my 12th grade exam, I decided to go to Bangalore and study to become an Executive Chef. At present, I am studying and also working for a Sous Chef in a very big 5-star hotel. In two years, after passing my exams and getting my hands on experience, I am planning to get a job abroad.

I decided to become a successful person in my life to take care of my step sister and her family when they get old since they were the only ones willing to take care of me when I was abandoned. And I will sponsor a child at Mother Miracle School as a way of giving back. 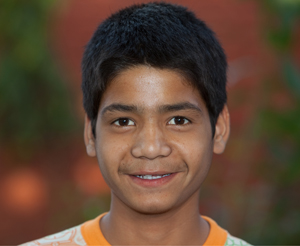 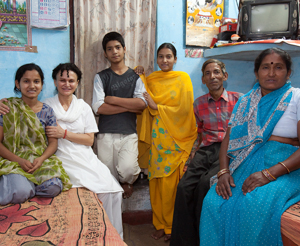 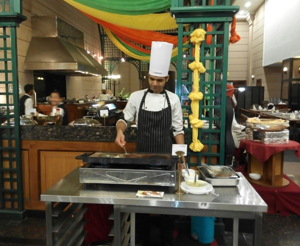